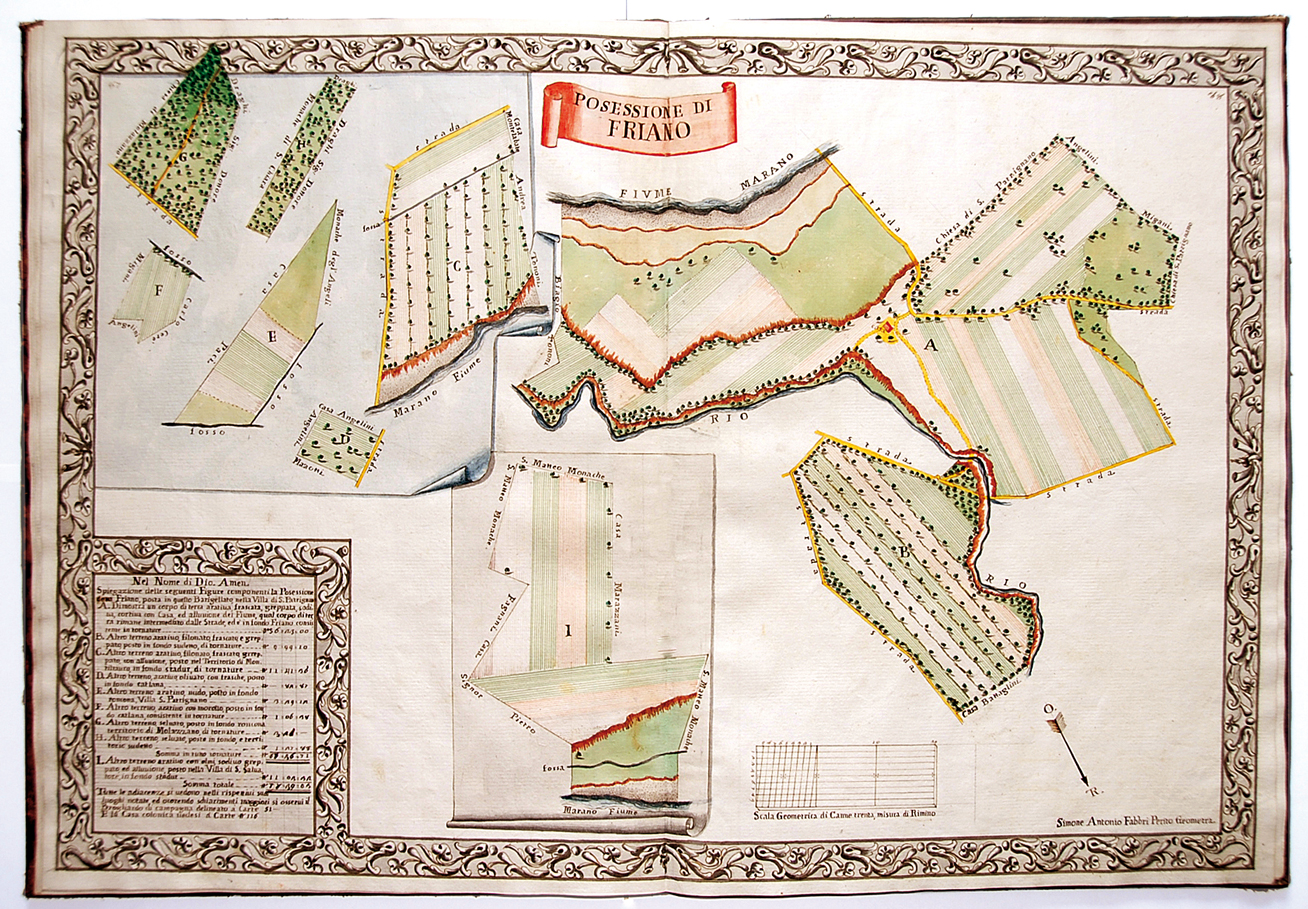 The Romans began their occupation of the Po Valley with the founding of Rimini in 268 B.C. Intensive farming of the neigh-bouring lands commenced immediately, with vineyards a prior-ity. Grapes were grown according to techniques that had already been used by the Etruscans and the Gauls. The rolling hills located to the south of the city, characterised by a marked winegrowing activity, ensured the high-quality, abun-dant wine production much extolled by the great Latin histori-ans from Cato to Varro, from Strabo to Pliny and Columella. From these lands, Friano – the Ferianus of antiquity– stands out with its sundrenched slopes facing the River Marano: the place thus conjures up the idea of feriaas that makes up the first half of its name and which means ‘holidays’ in Italian, or tra-ditionally the festival and holiday period. Thanks to the efficiency of the town harbour, wines from the areas near Rimini were exported in large quantities, especially to Rome, as the mosaics of Ostia, commissioned by the ship owners, still testify today. And documents exist to prove that this trade continued up until the centuries of the late Roman Empire. This long-established tradition did not even stop during periods of crisis: in fact, local winemaking is documented as being wide-spread since the early Middle Ages, gradually developing and becoming more refined, and somehow surviving even the most difficult periods. A tradition that lives on today in the magnifi-cent rows of Friano vines, where the merits of the vine-stock and the sensible techniques used combine with the richness of the soil and the beauty of the landscape.

This website uses cookies to improve your experience while you navigate through the website. Out of these, the cookies that are categorized as necessary are stored on your browser as they are essential for the working of basic functionalities of the website. We also use third-party cookies that help us analyze and understand how you use this website. These cookies will be stored in your browser only with your consent. You also have the option to opt-out of these cookies. But opting out of some of these cookies may affect your browsing experience.
Necessary Sempre abilitato
Necessary cookies are absolutely essential for the website to function properly. This category only includes cookies that ensures basic functionalities and security features of the website. These cookies do not store any personal information.
Non-necessary
Any cookies that may not be particularly necessary for the website to function and is used specifically to collect user personal data via analytics, ads, other embedded contents are termed as non-necessary cookies. It is mandatory to procure user consent prior to running these cookies on your website.
ACCETTA E SALVA